I remember this trip was during the winter vacations when I was in grade 11th. My family decided to go to Shimla .

As it was a complete surprise for me that we will be visiting there I was very very happy. I was always very fascinated by the snow , it looked so beautiful to me. I think not only me but everyone finds it very charming and glowing. The snow seemed like a white blanket that has covered some of the places on the Earth and is protecting it from the scorching cold. So, as in my native place, we hardly experience any snowfall so the trip was accordingly planned. One of my wishes was to do snowboarding from childhood and I thought in no less time it was going to come true. The moment my mother told me that we will be leaving tomorrow, I got very excited and rushed to my room upstairs to pack my bag. At first I didn’t keep any sweaters or mufflers but later realized if I don’t wear any of them , I’m going to return like a cold blooded animal so I did . Apart from the basic clothing I kept my novel that I had to read during the winter vacations. It was The Great Gatsby by F. Switx Fitzgerald. We decided to leave on Saturday morning as my dad had off on the weekends. I couldn’t sleep all night because I was just so excited to visit Shimla. The next morning my mom came to my room to wake me up but apparently for the very first time in my life I was already awake. My mom was shocked to see me. I was already ready with my bag to get set go. She made some hot coffee for us in the morning and some food for the way. We left in the chilling winter at 8 in the morning and took a train to Noida. From there we decided to go on roads by driving the car as my dad loved to drive.

I actually completed one fourth of the novel reading on the train. With cold freezing winds and hot coffee I was just loving it.

We reached Noida in the evening and decided to stay up in my uncle’s house for 1 night. We’ll drive off to Shimla the next morning by hiring a car or we’ll take his car. Even in Noida it was so chilling that my legs and hands were freezing out and barely I could move them. At that point in time, Ii realized that I’m gonna return back like a snowman.If it’s so cold here only the Shimla must be freezing out.Chills. At that point of time I was sitting on the sofa with my mom and was telling her that I don’t wanna go. It’s just so cold. I nearly wished that I didn’t get out of here and somehow Shimla comes outside my doorstep. I don’t wanna get out of this bed and just stay here forever with the heater ON in the room. But what motivated me to get out of bed was the dream of seeing and playing in the snow. How can I not snowboard man? So we all slept and were ready for the next morning.I got up from the bed and ordered some breakfast for mom/dad and myself. I remember taking a bath in the morning and this steam was coming out of the water and it was good. I could actually feel the winters around me. We left the hotel after having breakfast. There was all fog in the road so we couldn’t see much properly anything around us but just the road that we were driving on. The roads were steep so it was difficult to drive. And my dad was driving at a speed of 20km/h duhh. I played some country music on the speakers, took out my novel and was enjoying the drive. The roads seemed something like this. They were scary enough dude. 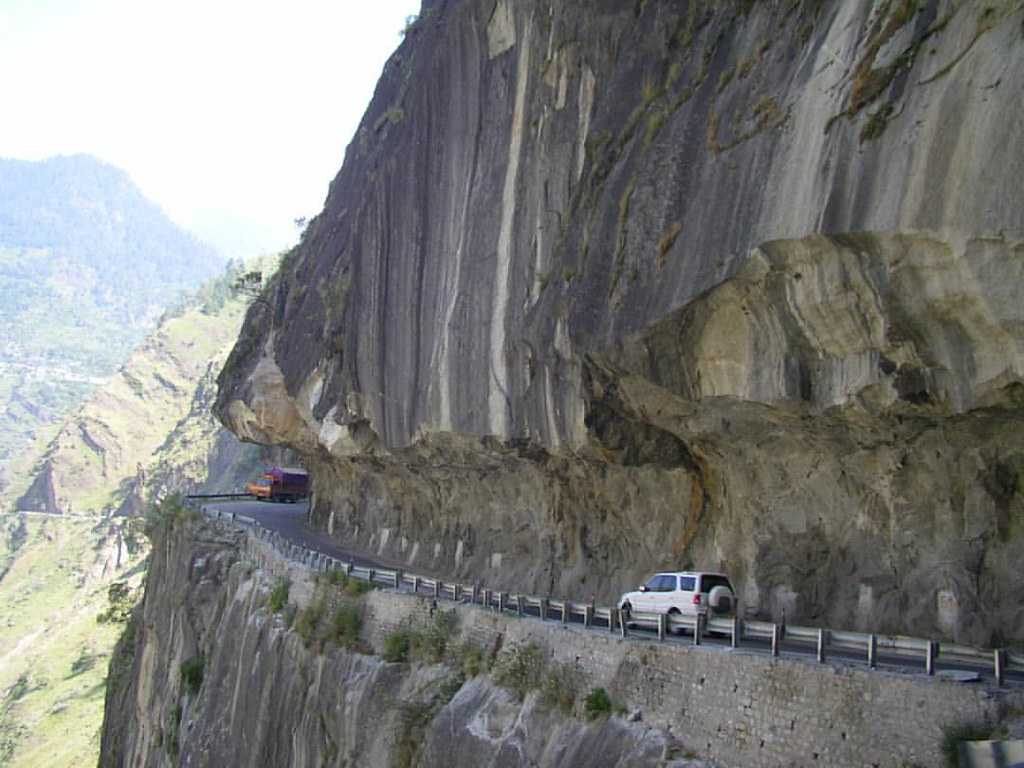 The moment my father increased the speed of the car above 40kmph my heartbeat got raised. No matter how skilled you are you can’t trust these roads. And i don’t know why there were these big trucks on the road as well. They were turning on/ off their lights and were driving very close to us.That scared me even more. As slowly we were taking a road that was uphill I could feel my heartbeat getting faster and faster. The roads seemed to be circular around the hill. There were a bunch of siberian birds flying very close to us as we were at a good height. They looked so beautiful. 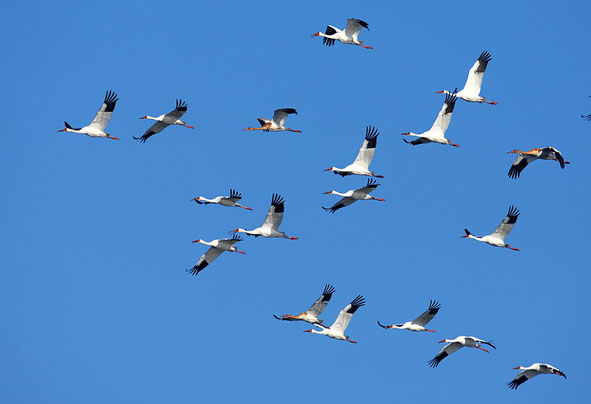 It took us approximately 6 hours to reach Shimla. As we reached the top of a hill, our hotel was situated there only. My dad booked a 3 day stay at that hotel from home itself. There was a tea stall on our way and I could find a bunch of people completely covered in shawls, sweaters, holding bags ,cap scarfs standing there. We stopped there and had a cup of tea. It was too good, not much sweet, not too strong but perfect. I’m a tea lover and can easily judge what good tea tastes like haha. The tea went deep down from my throat warming the whole route which was frozen because of the cold. It felt good. The moment we reached Shimla near the hotel oh my god it was all covered in the snow just like a white blanket. Never seen anything more beautiful than this. Left-right top bottom everywhere just snow snow. And there was a slight snowfall as well , and sitting in the car itself I took out my hand from the window to feel it. I could see some kids near the hotel making a snow panda. They all were wearing very big hoodie sweaters around them. Not giving a second thought to it I straight went to them and started making the same and playing with them. My father parked the car in the hotel and told me to be there for lunch in the next 30 mins by the time they will get fresh. I was all laying on the snow moving my legs and hands on it. Trying to take a picture of mine on the snow. I rolled my eyes up on the hill just behind our house that we were going to stay in. It was a small hill and it was so beautifully covered in the snow. But at the same time, it looked scary too because I felt I was all covered with a white blanket and I’m inside a big room with walls painted white and nowhere to go. I gave myself a bit of time to get used to the surroundings . I went inside the hotel, had lunch and decided to go snowboarding the next morning. We had planned for a dinner outside the hotel by burning some woods and eating some tandoori stuff. So the next morning I was all set to go on snowboarding with my family.Though I was a complete noob in it still I was confident enough to do it and I don’t know why. Maybe because I loved it very much and I wasn’t afraid to do it.There was this guy in the hotel who told me that he is going to help me out in learning skateboarding. Before we left we were made to sit in the dining hall and were served with some delicious food. The room had a fire lit up in one corner and it felt warm. We all were sitting around it. We were served with some fish and prawns and damn they were too tasty.

And here we go now after filling out tummy completely. We left the hotel and luckily the place of snowboarding was near our hotel only as it was situated in the hills. We reached the place and I could find many people there happily doing it and enjoying it. The trainer told me a few things to take care of and all the safety precautions and taught me basically how to snowboard in like 20 mins xD.

I wore the dress, the shoes and all the other necessary equipment that was required to do the ride.So I was standing on the platform from where the ride was going to begin. And here we go, down the hill, it wasn’t too steep but it was very stretched. As I was moving down I could feel the cold air rushing through my ears. I was trying hard to balance the board by moving my hands left and right along with the sticks. I was well balanced and going down absolutely smoothly.

I was about to reach the bottom and I realized that I had deviated from the main path and was moving on a different path which was not usually taken by anyone. I didn’t realize it earlier. Within a few seconds I could see a small stone buried in the snow, big enough that I can crash in it. My speed was high and I was moving fast down the hill. Bad news my board collided with the stone, and I jumped and crashed in a hole that was just beside the hill. I remember I was buried in the hole and the snow was above me. I couldn’t feel myself and barely breathe. I was trying to remove the snow out of my sight but I couldn’t. It felt as if I am buried in something and can’t come out of it. I think for 5 long minutes I was just there holding my breath and then could hear my mom calling me. I tried to make noise that I am here but they weren’t able to find me. I tried to shout so that they can come here and take me out. Luckily my dad’s hand reached out to me and I caught him. He removed the snow all around me with the help of other few people standing there as well. He pulled me out of it and all I knew that I was alive and afraid.

Written by Laksh Sadhwani
on January 21st, 2021
Previous Post: Is Handwriting a dying art?
By Rameshwar Dhakad
January 10th, 2021
Cast your mind back to the most recent thing you’ve written. Maybe it was a document for work, a message to a friend, email to your…
Next Up: The Art of Slow Texting
By Madhan Kumar
February 28th, 2021
A few weeks ago, I was texting my friend, who would take hours to respond to my messages. It drove me insane. Naturally, I’d give him hell…